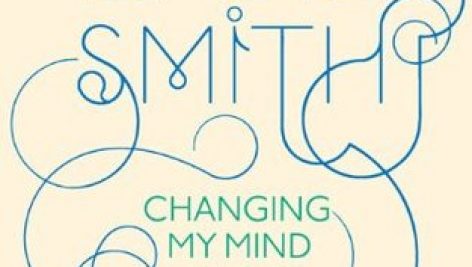 Changing My Mind by Zadie Smith 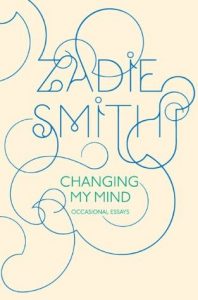 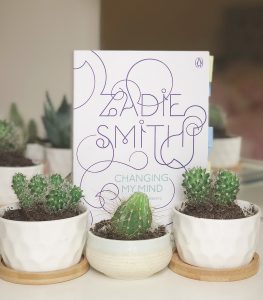 A sparkling collection of Zadie Smith’s nonfiction over the past decade.

Zadie Smith brings to her essays all of the curiosity, intellectual rigor, and sharp humor that have attracted so many readers to her fiction, and the result is a collection that is nothing short of extraordinary.

In her investigations Smith also reveals much of herself. Her literary criticism shares the wealth of her experiences as a reader and exposes the tremendous influence diverse writers—E. M. Forster, Zora Neale Hurston, George Eliot, and others—have had on her writing life and her self-understanding. Smith also speaks directly to writers as a craftsman, offering precious practical lessons on process. Here and throughout, readers will learn of the wide-ranging experiences—in novels, travel, philosophy, politics, and beyond—that have nourished Smith’s rich life of the mind. Her probing analysis offers tremendous food for thought, encouraging readers to attend to the slippery questions of identity, art, love, and vocation that so often go neglected.

Changing My Mind announces Zadie Smith as one of our most important contemporary essayists, a writer with the rare ability to turn the world on its side with both fact and fiction. Changing My Mind is a gift to readers, writers, and all who want to look at life more expansively. 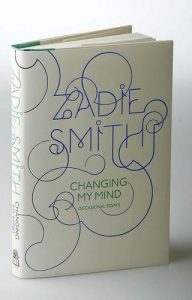 “Nowadays I know the true reason I read is to feel less alone, to make a connection with a consciousness other than my own.”
― Zadie Smith, Changing My Mind: Occasional Essays

“It’s such a confidence trick, writing a novel. The main person you have to trick into confidence is yourself. This is hard to do alone.”


“Some writers are the kind of solo violinists who need complete silence to tune their instruments. Others want to hear every member of the orchestra—they’ll take a cue from a clarinet, from an oboe, even. I am one of those. My writing desk is covered in open novels. I read lines to swim in a certain sensibility, to strike a particular note, to encourage rigour when I’m too sentimental, to bring verbal ease when I’m syntactically uptight. I think of reading like a balanced diet; if your sentences are baggy, too baroque, cut back on fatty Foster Wallace, say, and pick up Kafka, as roughage. If your aesthetic has become so refined it is stopping you from placing a single black mark on white paper, stop worrying so much about what Nabokov would say; pick up Dostoyevsky, patron saint of substance over style.”
― Zadie Smith, Changing My Mind: Occasional Essays

“Other people’s words are so important. And then without warning they stop being important, along with all those words of yours that their words prompted you to write. Much of the excitement of a new novel lies in the repudiation of the one written before. Other people’s words are the bridge you use to cross from where you were to wherever you’re going.”


“Maybe every author needs to keep faith with Nabokov, and every reader with Barthes. For how can you write, believing in Barthes? Still, I’m glad I’m not the reader I was in college anymore, and I’ll tell you why: it made me feel lonely. Back then I wanted to tear down the icon of the author and abolish, too, the idea of a privileged reader—the text was to be a free, wild thing, open to everyone, belonging to no one, refusing an ultimate meaning. Which was a powerful feeling, but also rather isolating, because it jettisons the very idea of communication, of any possible genuine link between the person who writes and the person who reads. Nowadays I know the true reason I read is to feel less alone, to make a connection with a consciousness other than my own. To this end I find myself placing a cautious faith in the difficult partnership between reader and writer, that discrete struggle to reveal an individual’s experience of the world through the unstable medium of language. Not a refusal of meaning, then, but a quest for it.”


“Much of the excitement of a new novel lies in the repudiation of the one written before.”


“The story of Janie’s progress through three marriages confronts the reader with the significant idea that the choice one makes between partners, between one man and another (or one woman and another) stretches beyond romance. It is, in the end, the choice between values, possibilities, futures, hopes, arguments (shared concepts that fit the world as you experience it), languages (shared words that fit the world as you believe it to be) and lives.”
― Zadie Smith, Changing My Mind: Occasional Essays

“Above all, Hurston is essential universal reading because she is neither self-conscious nor restricted. She was raised in the real Eatonville, Florida, an all-black town; this unique experience went some way to making Hurston the writer she was. She grew up a fully human being, unaware that she was meant to consider herself a minority, an other, an exotic or something depleted in rights, talents, desires and expectations. As an adult, away from Eatonville, she found the world was determined to do its best to remind her of her supposed inferiority, but Hurston was already made, and the metaphysical confidence she claimed for her life (“I am not tragically colored”) is present, with equal, refreshing force, in her fiction. She liked to yell “Culllaaaah Struck!”۹ when she entered a fancy party—almost everybody was. But Hurston herself was not. “Blackness,” as she understood it and wrote about it, is as natural and inevitable and complete to her as, say, “Frenchness” is to Flaubert. It is also as complicated, as full of blessings and curses. One can be no more removed from it than from one’s arm, but it is no more the total measure of one’s being than an arm is.”


“When you enter a beloved novel many times, you can come to feel that you possess it, that nobody else has ever lived there. You try not to notice the party of impatient tourists trooping through the kitchen (Pnin a minor scenic attraction en route to the canyon Lolita), or that shuffling academic army, moving in perfect phalanx, as they stalk a squirrel around the backyard (or a series of squirrels, depending on their methodology).”


“[Forster] quotes approvingly from this discussion, from The Magic Flute [by Goldsworthy Lowes Dickinson]
“Lord Buddha was your gospel true?”
“True and False.”
“What was true in it?”
“Selflessness and Love.”
“What false?”
“Flight from Life.”


“When I set my hat at a certain angle and saunter down Seventh Avenue. . . . the cosmic Zora emerges. . . . How can anybody deny themselves the pleasure of my company? It’s beyond me!”
― Zadie Smith, Changing My Mind: Occasional Essays

“not long ago I sat down to dinner with an American woman who told me how disappointed she had been to finally read Middlemarch and find that it was “Just this long, whiny, trawling search for a man!” Those who read Middlemarch in that way will find little in Their Eyes Were Watching God to please them. It’s about a girl who takes some time to find the man she really loves. It is about the discovery of self in and through another. It implies that even the dark and terrible banality of racism can recede to a vanishing point when you understand, and are understood by, another human being. Goddammit if it doesn’t claim that love sets you free. These days “self-actualization” is the aim, and if you can’t do it alone you are admitting a weakness. The potential rapture of human relationships to which Hurston gives unabashed expression, the profound “self-crushing love” that Janie feels for Tea Cake, may, I suppose, look like the dull finale of a “long, whiny, trawling search for a man.” For Tea Cake and Janie, though, the choice of each other is experienced not as desperation, but as discovery, and the need felt on both sides causes them joy, not shame.” 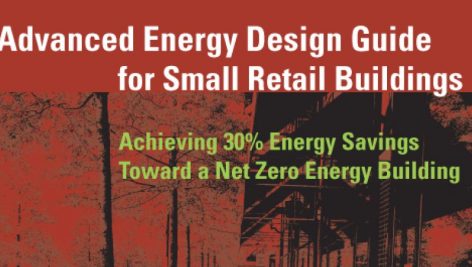 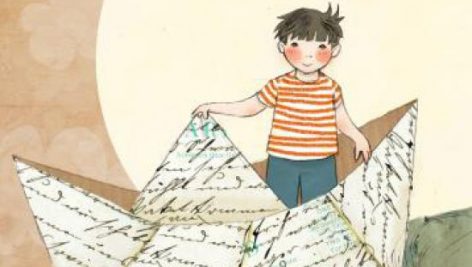 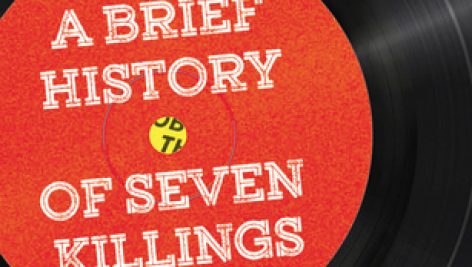 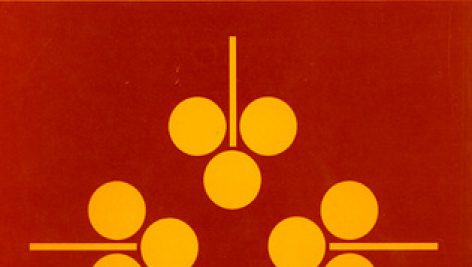 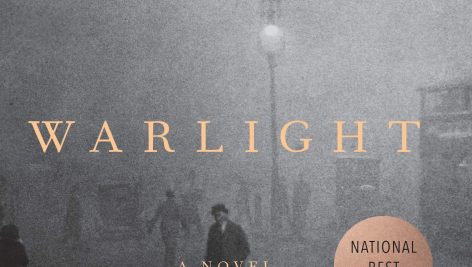 We Should All Be Feminists by Chimamanda Ngozi Adichie
۲۰,۰۰۰ تومان