To enhance the visible photocatalytic activity and thermal stability of TiO2, Ce–Si co-doped TiO2
materials were synthesized through a nonaqueous method of which the purpose was to reduce the
aggregation between TiO2 particles. The obtained materials maintained anatase phase and large surface
area of 103.3 m2 g1 even after calcined at 800 8C. The XPS results also indicated that Si was weaved into
the lattice of TiO2, and Ce mainly existed as oxides on the surface of TiO2 particles. The doped Si might
enhance surface area and suppress transformation from anatase to rutile, while the doped Ce might
cause visible absorption and inhibit crystallite growth during heat treatment. Evaluated by decomposing
dye Rhodamine B, visible photocatalytic activity of Ce–Si co-doped TiO2 was obviously higher than that
of pure TiO2 and reached the maximum at Ce and Si contents of 0.5 mol% and 10 mol%.

۱. Introduction
Metal oxide semiconductors have attracted extensive attention
for potential application in photocatalytic degradation of environmental
organic contaminants [1,2]. Among the photocatalysts that
have been investigated, nanocrystalline TiO2 was considered a very
promising photocatalyst for pollutant degradation owing to its
remarkable features including good physicochemical stability and
high photocatalytic activity [3,4]. Unfortunately, TiO2 displays
photoactivity only under ultraviolet light excitation because of its
wide bandgap (3.2 eV), which means that only about 3–۵% of
incoming solar energy on the Earth’s surface can be utilized.
Moreover, TiO2 presents a relatively high electron–hole recombination
rate which is detrimental to its photoactivity. Therefore, it is
particularly important to extend the photo-respondence of TiO2 to
visible light region and inhibit the recombination of photogenerated
electrons and holes. To enhance the visible photoactivity of
TiO2, one method is to carefully control microstructrue of TiO2
particles (such as the surface area, crystal phase, crystallite size
and morphology of individual particle); the other method is to
modify TiO2 particles, involving metal or non-metal ions doping
[۵–۱۶], dye sensitization [17], and semiconductor coupling [18]. As
far as the aforementioned modification methods to TiO2, doping of
TiO2 with metal or non-metal has been widely investigated,
respectively. Non-metal doping could obviously shift the light
absorption threshold to visible light range. However, the content of
doped non-metal component would decrease during annealing
process, thus, the visible photoactivity would decrease.
Fortunately, doping of TiO2 with metal ions could also
significantly enhance its visible photoactivity. The doped metal
ions could enhance the quantum efficiency via inhibiting the
recombination of photogenerated electrons and holes, by acting as
electron traps; expand the light absorption range and improve the
redox potential of the photogenerated radicals [7]. Additionally,
the doped metal components would not be lost during annealing
process. Therefore, transition metal doped TiO2 have been greatly
investigated for their high photocatalytic activities under irradiation
of UV and visible light. Alternatively, incorporation of metals
like Au, Ag [8] and Pt [9] on TiO2 could effectively eliminate the
recombination of electron–hole pairs to enhance the photoactivity
and simultaneously extend their wavelength response towards the
visible light region. Rare earth metal oxides have strongly selective
absorption to special bands because of their active f electrons and
multi-electron configuration [10]. Therefore, rare earth metal
oxides were generally chosen to act as the dopants of TiO2 to
enhance photoactivity of TiO2. Representatively, Ce-doped TiO2
exhibited greatly enhanced photocatalytic activity under visible
light irradiation [11–۱۴], which might be attributed to three
reasons. At first, with the role of the redox couple Ce4+/Ce3+, cerium
oxide changed between CeO2 phase and Ce2O3 phase under
different oxidative and reductive conditions. Second, labile oxygen
vacancies with the relatively high mobility could be easily formed
in TiO2 bulk [10]. At last, the visible light absorption could be
induced by Ce3+ rather than Ce4+ [13]. Moreover, thermal stability
of Ce/TiO2 was not good enough because the unavoidable phase
transformation from anatase to rutile would occur at around 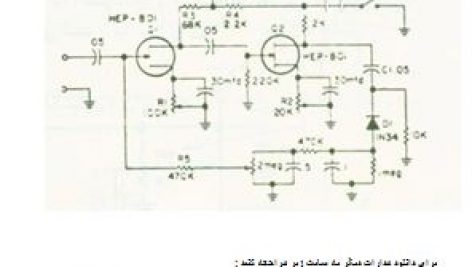